The ever useful Modculture website has alerted me to the fact that a brand new 3CD reissue of the Get Carter soundtrack is being released this month. It looks like it contains new tracks that haven’t ever been released before, as well as Roy Budd ‘best of’ disc. I’ll let Modculture explain…

Fans of the classic film might be interested in the Get Carter soundtrack deluxe 3-CD reissue with book, which is out this month.

The new and improved edition of Get Carter has three CDs of music from Roy Budd – the first two devoted to the film’s soundtrack and the third to the best of Roy Budd’s other scores.

Disc 1 is the original Japanese soundtrack, with the addition of ‘Hallucinations’ (which was on the soundtrack but not the LP).

Disc 2 combines other incidental music from the film with single mixes and remixes and other rarities.

Disc 3 is other Roy Budd soundtrack highlights from the likes of Diamonds, Fear Is The Key, The Stone Killer and The Black Windmill.

All of that comes in a ‘deluxe’ hardback book format with a huge booklet featuring a new, 15,000 essay from film soundtrack writer Charlie Brigden and a foreword from Paul Fishman, as well as numerous images from the cult classic movie. 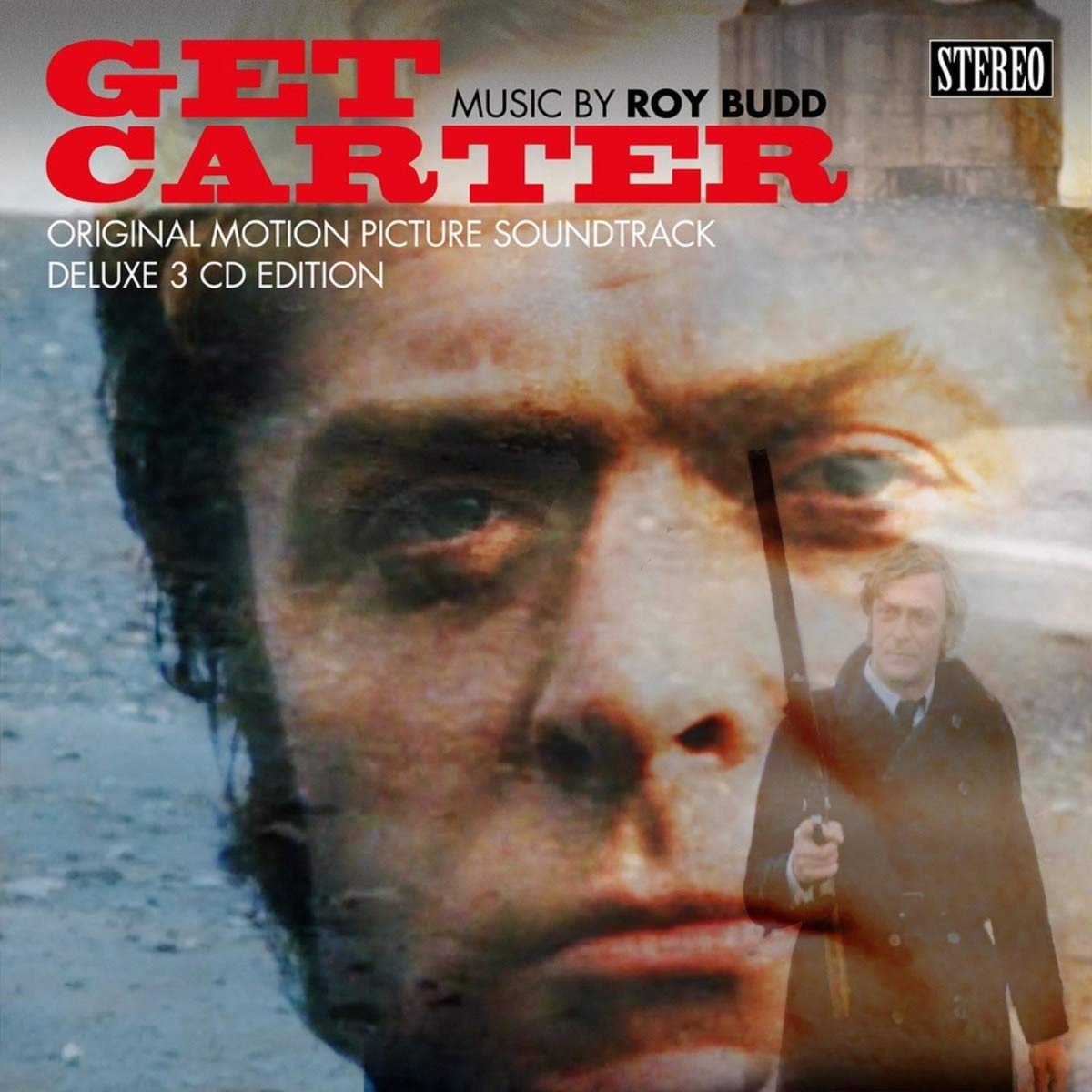 GET CARTER (Intro)
DIALOGUE
CARTER TAKES THE TRAIN (Main Title)
DIALOGUE
LOOKIN’ FOR SOMEONE
THE RACE TRACK (Dialogue)
SOMETHIN’ ON MY MIND
DIALOGUE
GETTIN’ NOWHERE IN A HURRY
DIALOGUE
THE GIRL IN THE CAR
THE PHONE CALL (Dialogue)
LOVE IS A FOUR LETTER WORD
DIALOGUE
LIVING SHOULD BE THAT WAY
DIALOGUE
MANHUNT
DIALOGUE
GOODBYE ERIC + DIALOGUE
DIALOGUE
HALLUCINATIONS
GOODBYE CARTER!

DISC THREE – A BIT OF BUDD