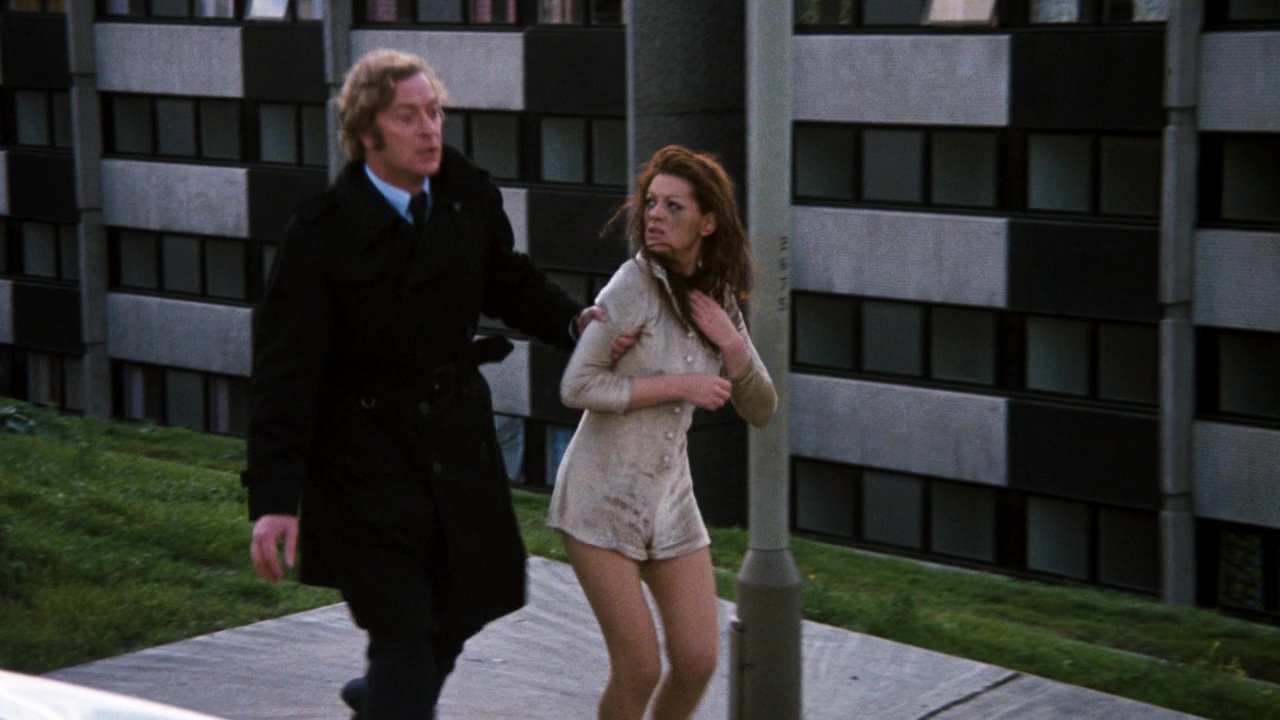 Carter and Glenda go back to her flat in St Cuthbert’s Village where the story, and the catalyst for Caine’s behaviour, starts to unfold.

St Cuthbert’s Village was a huge housing estate that was built in 1970, so was actually quite new when filming occurred. It was finally demolished in 1995, a victim of poor design and build quality.1 Now, only one tower block survives, the area predominantly being new build houses. It actually has a lot of history and was a focal point of Gateshead life for 25 years, a Google search will give you a lot more information on this short lived film location. 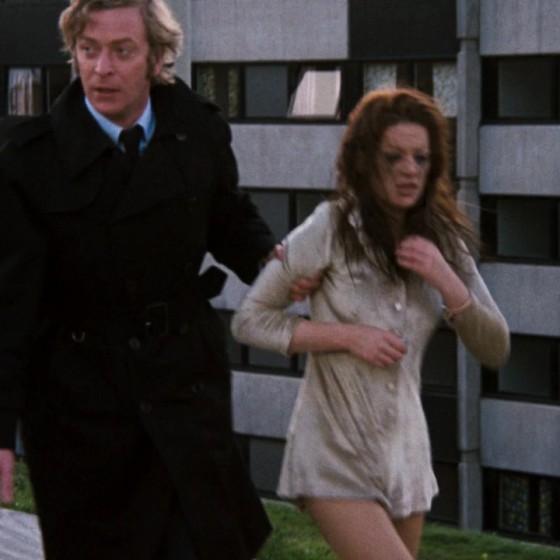 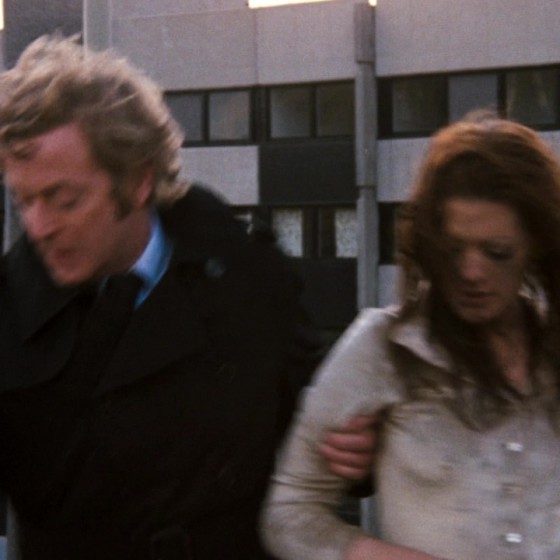 After a useful Guestbook post, I have changed my mind about the placement of the scene – I’ve updated the maps above to reflect this. Basically, the road that Carter parks on probably doesn’t exist anymore, with it being on a footpath. There were 14 different blocks of flats on St Cuthbert’s Village and I believe that Glenda’s flat was probably in some of the most Eastern ones. Despite the flats being well documented in many photographs, I’m struggling to find a picture from the South on these Eastern buildings. I’ll keep looking!

If you have any other information or leads on the definitive placement then please let me know.