There is no more memorable a main film theme than the one featured in Get Carter. Written by a 23 year old Roy Budd, the evocative and haunting tune sits perfectly in the space it was intended at the beginning of the film. The soundtrack album, unreleased in major markets for 30 years, is a mixed bag, with pop songs mixed in with chilling and moody instrumental pieces. Budd, who had limited experience working in soundtracks before this commission, was paid only £450 to write and record the soundtrack. This led to him using only two additional musicians, adding to the sparse feel. The pop songs, though sounding dated now, had lyrics contributed by Budd’s collaborator Jack Fishman. Voted as one of MOJO’s greatest ever soundtracks, it really is worth a listen outside of the context of the film.

The majority of the music in the film was composed by Roy Budd, a jazz pianist and composer, who had previously worked on soundtracks for Soldier Blue and Flight of the Doves. Budd composed 13 distinct pieces for the film, including three songs, Looking For Someone, Love Is A Four Letter Word (with lyrics by Jack Fishman) and Hallucinations. The theme, (otherwise known as Carter Takes a Train) which is the best-known music from the film, was played by Budd and the other members of his jazz trio, Jeff Clyne (double bass) and Chris Karan (percussion). The musicians recorded the soundtrack live, direct to picture, playing along with the film. To save time and money Budd did not use overdubs, simultaneously playing a real harpsichord, a Wurlitzer electric piano and a grand piano. Budd described the experience as “uncomfortable, but it sounded pleasant”. The theme tune features the sounds of the character’s train journey from London to Newcastle.1

The standout track, that has been covered by a number of other musicians (The Human League perhaps the most well-known version) and contains the memorable bassline that has been sampled in numerous other songs.

Budd went on to score numerous other movie soundtracks alongside his ongoing arrangement and composing work, finding a niche that he probably didn’t know existed before Get Carter. Echoing Ted Lewis, he sadly died at the criminally young age of 46 of a brain haemorrhage.

Other music used in the film

The film includes other music which is not included on the soundtrack LP. The music playing in the nightclub scene is an uptempo cover of the 1969 Willie Mitchell tune 30-60-90 performed live by the Jack Hawkins Showband, which was the resident band at the Oxford Galleries nightclub. Jack Hawkins’ name can be seen on the poster outside the club before Thorpe runs inside, and the band can faintly be seen on stage as Thorpe enters the club. A version of the band’s rendition was available on a live LP by Jack Hawkins, which was released under two titles, Psychedelic ’70s and later as Everything Is Beautiful. 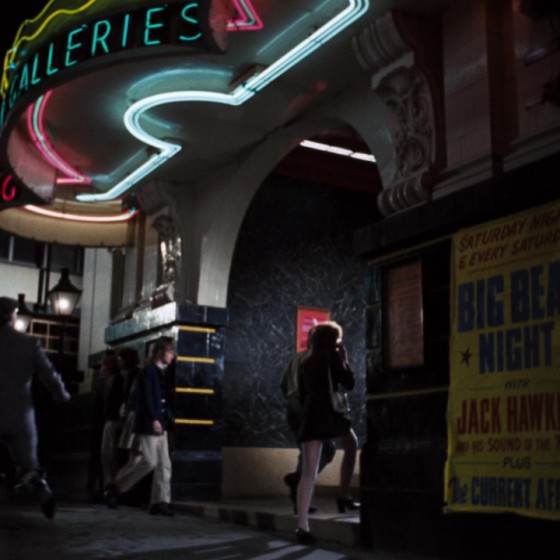 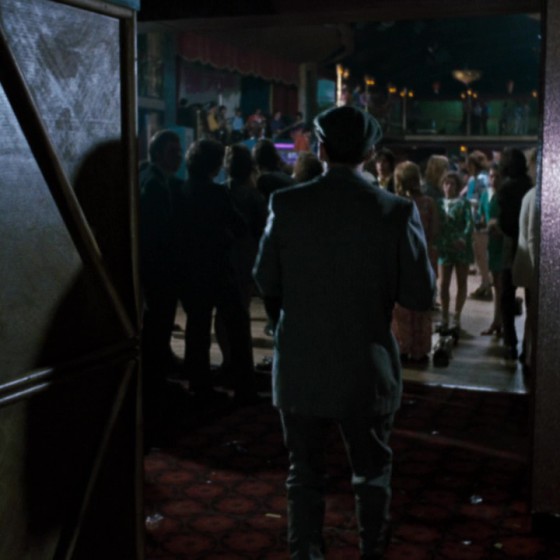 The pub singer (played by Denea Wilde) performs a cover of How About You? by Burton Lane and Ralph Freed, a song more associated with glamorous Hollywood films than the backrooms of Newcastle pubs. The local juvenile jazz band and majorette troupe the Pelaw Hussars also appear and perform two numbers, When The Saints Go Marching In and Auld Lang Syne.2 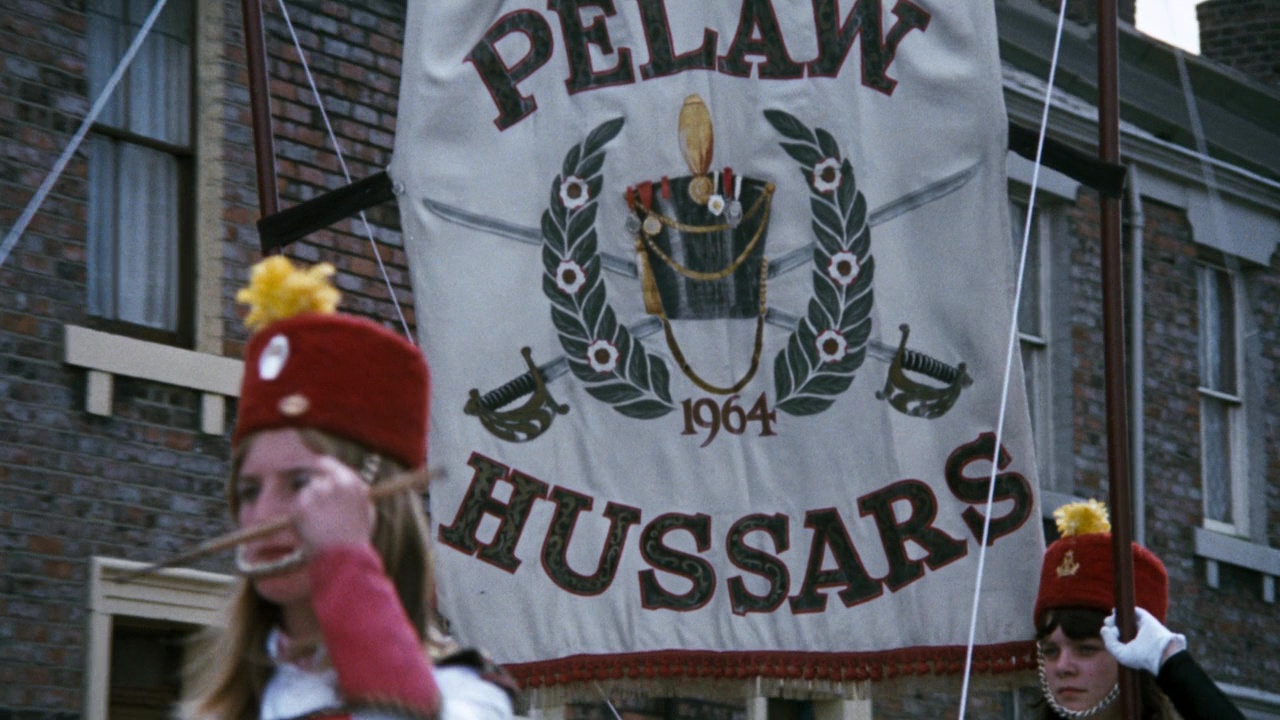 This edition of Get Carter offers three CDs of music from Roy Budd – the first two devoted to the film’s soundtrack and the third to the best of Roy Budd’s other scores. Disc 1 represents the original Japanese soundtrack, with the addition of ‘Hallucinations’ (which graced the soundtrack but not the LP). Disc 2 combines other incidental music from the film with single mixes and remixes and other rarities. Disc 3 contains highlights from Roy Budd’s other soundtracks including Diamonds, Fear Is The Key, The Stone Killer and The Black Windmill.

The CD package is presented in a deluxe hardback book format with a booklet containing a 15,000 word essay from film soundtrack writer Charlie Brigden and a foreword from Paul Fishman, as well as numerous images from the movie.

This has been released seperately on the streaming services so find the complete playlist below:

For such an iconic title track, you will understand that the title track has been covered a number of times. The playlist below collects all currently available versions by other artists that I can find:

The official soundtrack album didn’t receive a UK release at the time of the film’s debut. It was originally issued in Japan only, by Odeon and on LP, in 1971. The theme was released as a 7″ vinyl single in the UK by Pye Records in 1971, titled simply Carter and backed with Plaything, another piece composed for the soundtrack. Original copies of the record are much sought after by collectors and sell for around £100.

It took until 1998 and the late 90s surge of interest in Get Carter for the album to receive an official UK release. The Cinephile label was given the honour of releasing it and the basic release comprised of a single CD with a lift of the original LP masters as it’s source. Various pieces of dialogue from the film were edited in between tracks, seemingly to make the album flow along with the story of the film (as the tracks are in chronological order). The success of this, and the continued interest in the Get Carter brand through the late 90s prompted Cinephile to release a two-disc upgrade only two years later.

In 2000, they produced a great two-disc package that was housed in a gatefold cardboard sleeve. The second disc comprised of 10 remixes of the ‘Main Theme – Carter Takes The Train’ track (with varying success and listenability!). Eight of these remixes had previously been released in June 1999 across two CD singles. The cover was changed from the misleading ‘floral’ artwork that was used in the 1998 issue, but unfortunately its replacement remained lacklustre and safe.

It was also released in the USA markets at the same time in 2000, but only as a single CD and with different artwork. It has been re-released a further time in 2010 (another single CD release with a ‘retro’ artwork feel), which now seems the de-facto release.

As above, the definitive version of the album was released in late 2019 and has become the de-facto release.

Various songs from the soundtrack itself have been included on numerous compilations since the late 90s.

Here is what I believe is the full discography of promo, single and album releases that relate to the film. Clicking on the link will take you through to the relevant Discogs or collectors page with more information.