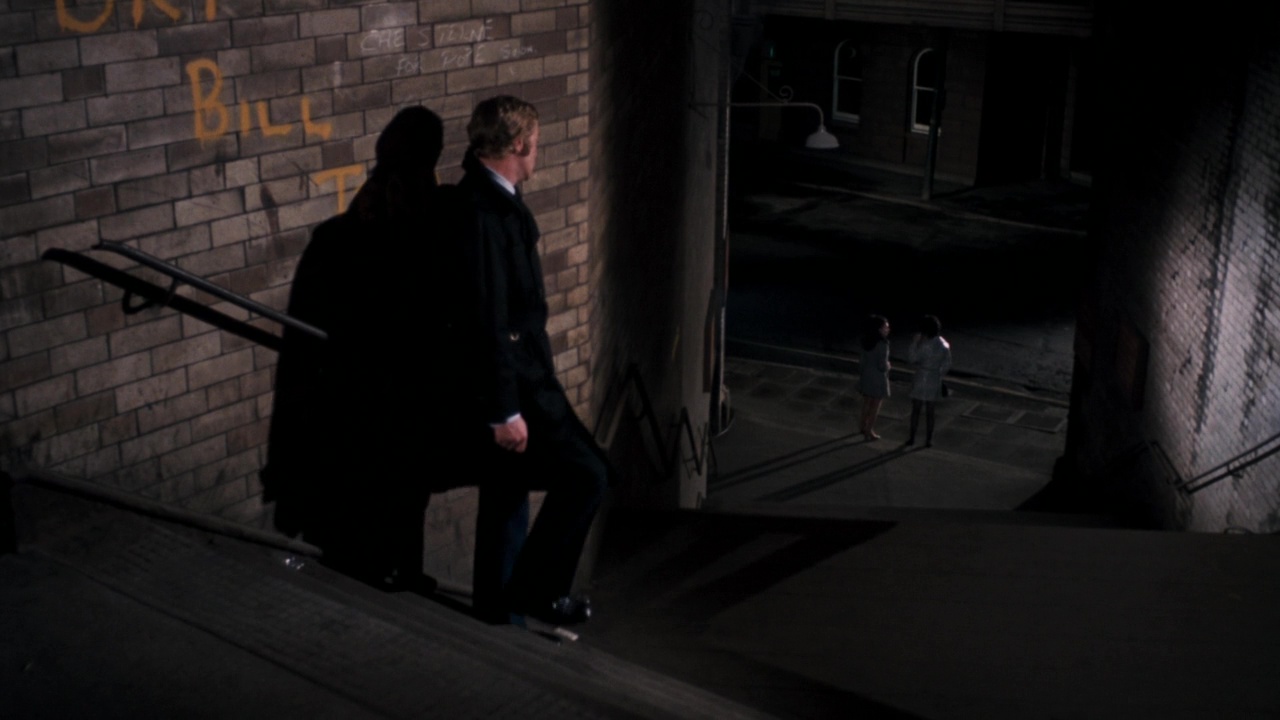 After leaving the bingo hall, Carter follows Margaret. I think we use a bit of artistic licence here as there’s no reason for Margaret to walk down these steps from Manors Station (a good mile from the bingo hall) so we can assume that Hodges was using these locations for placement only. No problem with that, as it works pretty well.

Manors Station (or Newcastle New Bridge Street to give it it’s full official title) was Newcastle’s ‘second station’ – situated about 3/4 mile to the east of the city. It closed in 1978, it’s importance as a local station ultimately lessened by the Metro link that sits 100 yards away. Trains still pass through it but the building and entrances are now boarded up and inaccessible.1

Carter is spotted at the top of one of the stairways that were used to get from pavement level to station level. Luckily, the building opposite hasn’t changed much and gives us much of our orientation for this scene. 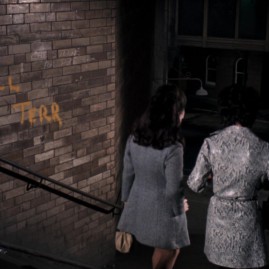 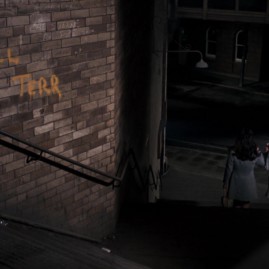 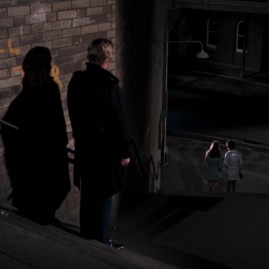 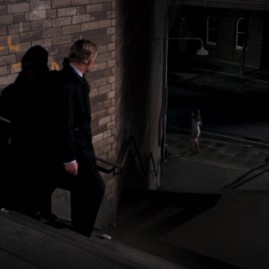 Here’s a great photo which illustrates this part of the station when it was open. From the webpage, “…the Melbourne Street entrance. The Croft Lane subway (down which Michael Caine walked or stalked), lay up the stairs to the left, while the long staircase to Platform 9 lay through the dark doorway to the right.”2 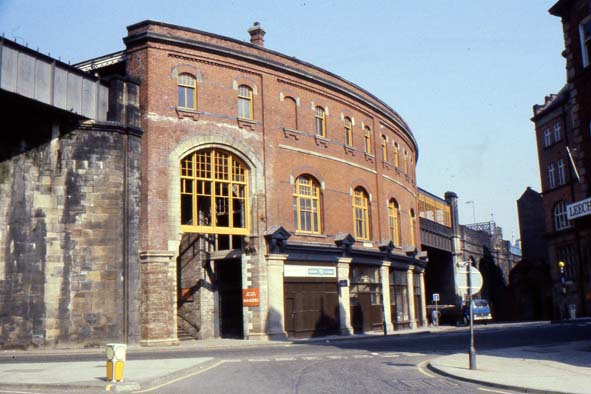 And this is the steps as seen in the films as they stood recently: