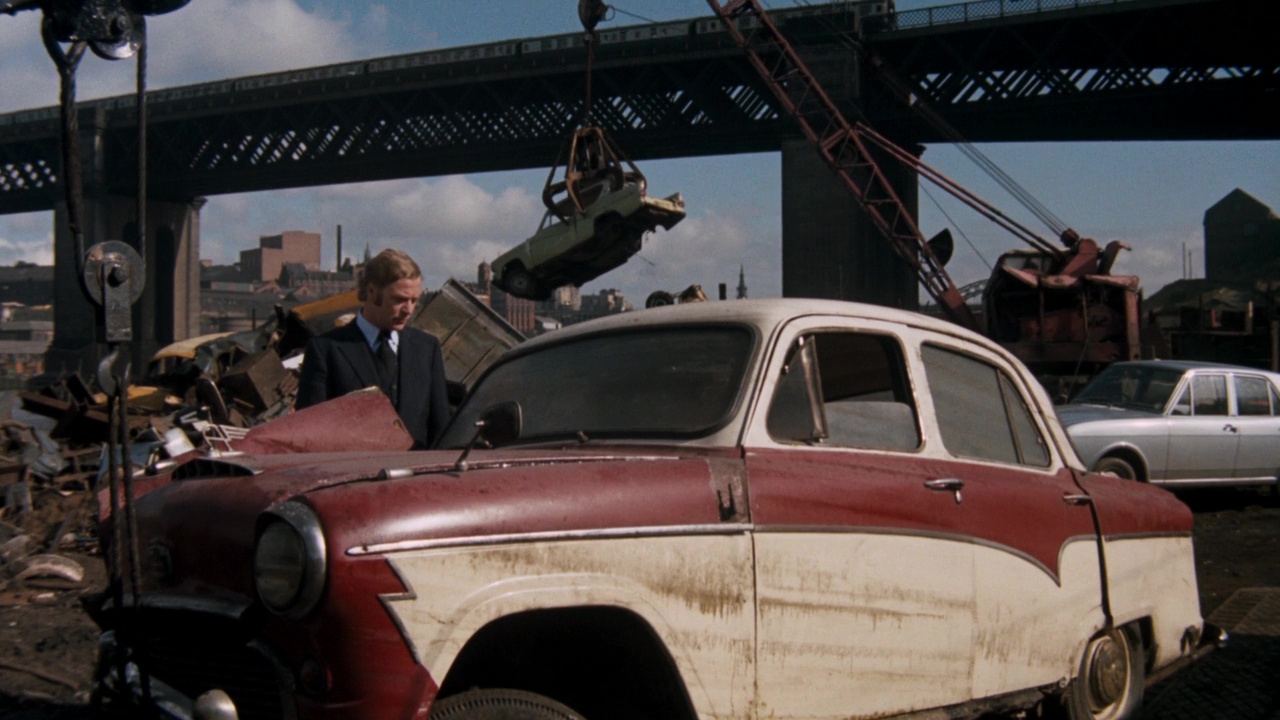 Carter visits the scrapyard to enquire about the car his brother was supposedly driving the night he died – the mechanic confirming there were no issues with the brakes. Not much to say here, except the area has had a considerable clean-up since the early seventies and the site is now covered by a riverside road. The blue coloured Queen Elizabeth II Bridge can be seen in the background of the now shots – construction started in 1976 and the bridge opened in 1981, it was purpose built for the Tyne and Wear Metro system.1

Apologies for the Street View below, for some reason Google sees the new road as a path and hasn’t got it covered. The scrapyard location can be seen over the railings of the bridge. We don’t have any Now images but I’ve embedded a video which gives a good idea of the area as it stands. 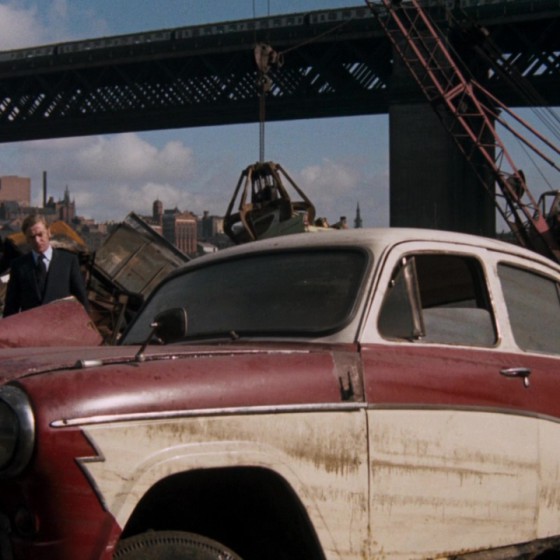 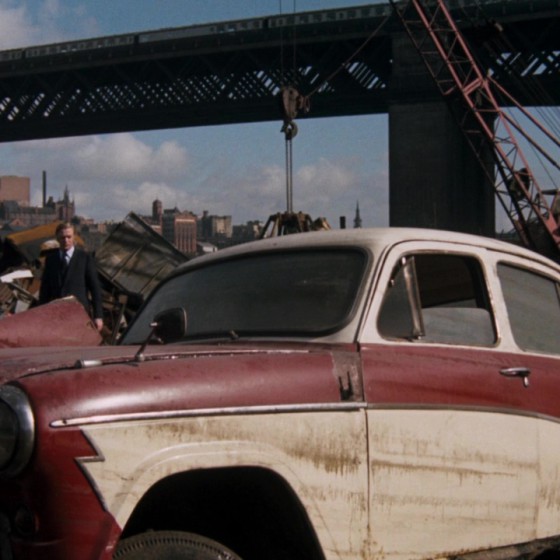 This scene provides one of the few continuity issues within the film. Carter leaves The Heights during the evening, yet in the next shot he is in broad daylight at the scrapyard. It may well have been the next day that he visited, though this isn’t mentioned in the novel and, based on the next scenes, would have been the only thing that Carter did during that ‘wasted’ day2.