Without the original book – initially entitled Jack’s Return Home – we would never have had the film that we all now know as Get Carter. The success of the film led to the book ultimately being renamed to its more popular namesake. The book, which spawned two further efforts from Ted Lewis (though, for obvious reasons, these were prequels), remained out of print for the majority of the 70s, 80s and 90s, only being re-released during the late 90s resurgence. It has since been republished, with various artwork, many times since then.

In late 2014, the trilogy of books were re-released by Syndicate Books, a small niche publisher based in the USA. This was the first time that the books were released in an electronic format, with upgraded artwork, and with new introductory release notes – including newly written content from Mike Hodges for Get Carter. 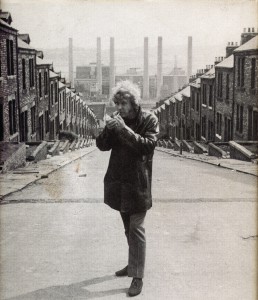 He was born in Manchester, an only child. After World War II the family moved to Barton-upon-Humber in 1947. He had a strict upbringing and his parents did not want their son to go to art school, but Ted’s English teacher Henry Treece, recognising his creative talents in writing and art, persuaded them not to stand in his way.

Lewis attended Hull Art School for four years. His first work was in London, in advertising, and then as an animation specialist in television and films (among them the Beatles’ Yellow Submarine). His first novel, All the Way Home and All the Night Through was published in 1965, followed by Jack’s Return Home, subsequently retitled Get Carter after the success of the film of the same name starring Michael Caine, which created the noir school of British crime writing and pushed Lewis into the best-seller list. After the collapse of his marriage Lewis returned to his home town in the 1970s.

Ted Lewis died in 1982 having published seven more novels and written several episodes for the television series Z-Cars. Doctor Who Producer Graham Williams who had worked with Lewis on Z-Cars commissioned a script entitled The Doppelgangers in 1978 from Lewis. However, the script was formally rejected on 11 January 1979 and never put into production.1 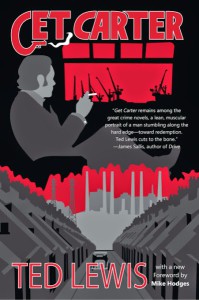 Jack’s Return Home is a 1970 novel by British writer Ted Lewis. An uncompromising novel of a brutal half-world of pool halls, massage parlours and teenage pornography, it was memorably brought to life in the cult film Get Carter, starring Michael Caine as Jack Carter. The novel starkly portrays a subsection of society living on the dangerous borderline between crime and respectability. The book was a major influence on the noir school of English crime fiction.

The novel went out of print for many years and slipped into obscurity, but there was a resurgence of interest in it in the 1990s after the 1971 film adaptation, Get Carter, gradually grew in reputation and was remade in 2000. The book was republished in paperback under the title Get Carter by Allison & Busby in 1993.2

Jack’s Return Home tells the story of an amoral, pitiless London mob enforcer named Jack Carter who returns to his home town after changing trains at Doncaster to investigate the mysterious death of his brother, with whom he had not spoken in many years. Jack’s presence in the town causes unease among the local crime families, who fear that his snooping will interfere with their underworld operations. Everything from simple suggestion to brute force is employed to try to get Jack to leave, but he doggedly refuses, bullying his way through numerous attempts on his life to arrive at the truth, leading to a violent and ambiguous conclusion.

The first printing of the paperback which tied in with the film version was published under the title Carter (Pan Books 1971, ISBN 0-330-02620-8). All references on the cover of the book also refer to the film under this title.

The character of Jack Carter, though not fully named for copyright reasons, plays a key role in the Alan Moore and Kevin O’Neill graphic novel League of Extraordinary Gentlemen Century: 1969. The story takes place during 1969, shortly before Jack’s visit ‘up north’ and the events of Jack’s Return Home. 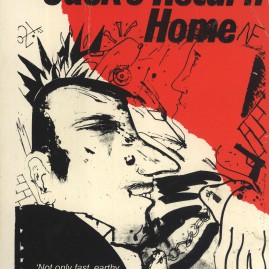 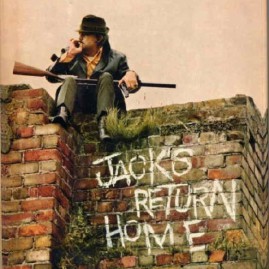 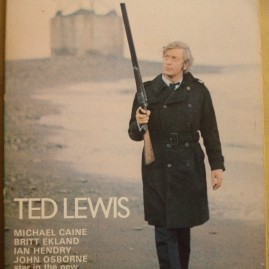 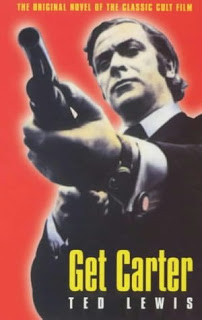 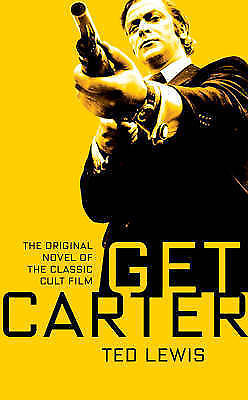 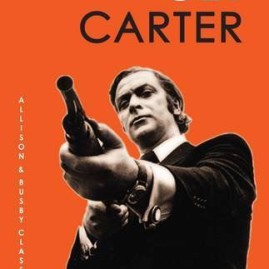 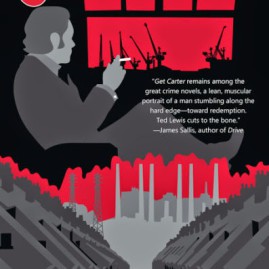 Jack Carter’s Law is a 1974 British crime novel written by Ted Lewis, it is a prequel to Lewis’ best known work, Jack’s Return Home which was adapted into the film Get Carter in 1971. On Christmas Eve, Jack Carter learns that a supergrass is about to inform to the police and put him and his associates away for lengthy prison sentences. Carter attempts to hunt down the informer, but it proves a far more dangerous task than he anticipates.3

The author of Get Carter returns to his greatest invention, a smooth-operating hardcase named Jack Carter, who is about to burn a city down in order to silence an informant

London. The late 1960s. It’s Christmastime and Jack Carter is the top man in a crime syndicate headed by two brothers, Gerald and Les Fletcher. He’s also a worried man. The fact that he’s sleeping with Gerald’s wife, Audrey, and that they plan on someday running away together with a lot of the brothers’ money, doesn’t have Jack concerned. Instead it’s an informant—one of his own men—that has him losing sleep. The grass has enough knowledge about the firm to not only bring down Gerald and Les but Jack as well. Jack doesn’t like his name in the mouth of that sort.

In Jack Carter’s Law Ted Lewis returned to the character that launched his career and once again delivered a hardboiled masterpiece. Jack Carter is the ideal tour guide to a bygone London underworld. In his quest to dismantle the opposition, he peels back the veneer of English society and offers a hard look at a gritty world of pool halls, strip clubs and the red lights of Soho nightlife.4 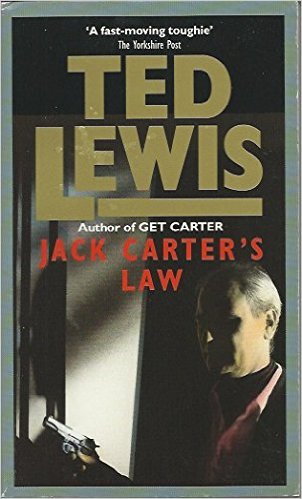 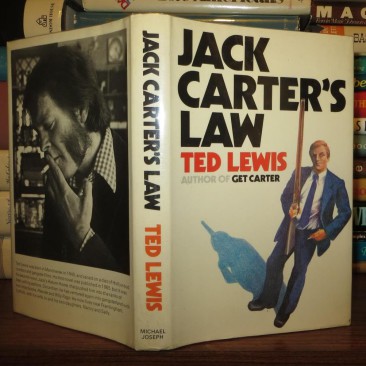 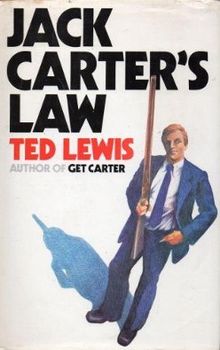 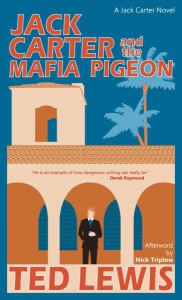 Jack Carter is not thrilled when his frustratingly unprofessional employers—London mob kingpins Gerald and Les Fletcher—force him to take a vacation. Jack doesn’t like leaving the business in other people’s hands, but especially not to a couple of ponces like Gerald and Les. Still, the company villa in Spain promises sunshine and some time to plot his next move. Jack has been fooling around with Audrey—Mrs. Gerald Fletcher—and the philandering couple are plotting a getaway that includes quite a bit of the company’s funds.

Jack soon discovers that he’s on anything but a vacation. A cowardly house steward and a knuckle-dragging American gangster are already at the villa. According to the motley pair Jack has been sent to protect the American, who has turned informant. When the steward’s niece and then later Audrey herself show up, Jack is in for bigger surprises yet. And there are few things that Jack Carter hates more than surprises.

Ted Lewis provides a first-hand glimpse into the inner workings of British organized crime in the 1960s, where pornography and extortion are the coin of the realm and there no such thing as honor among thieves.5 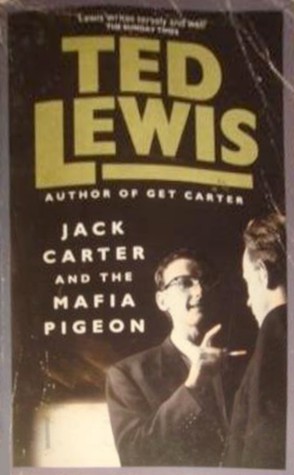 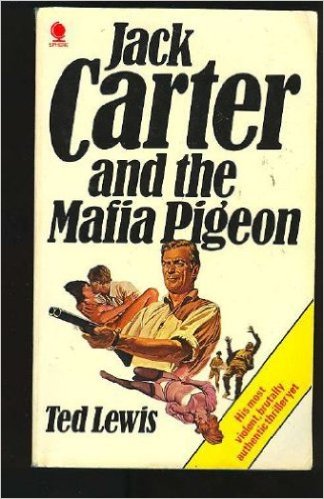