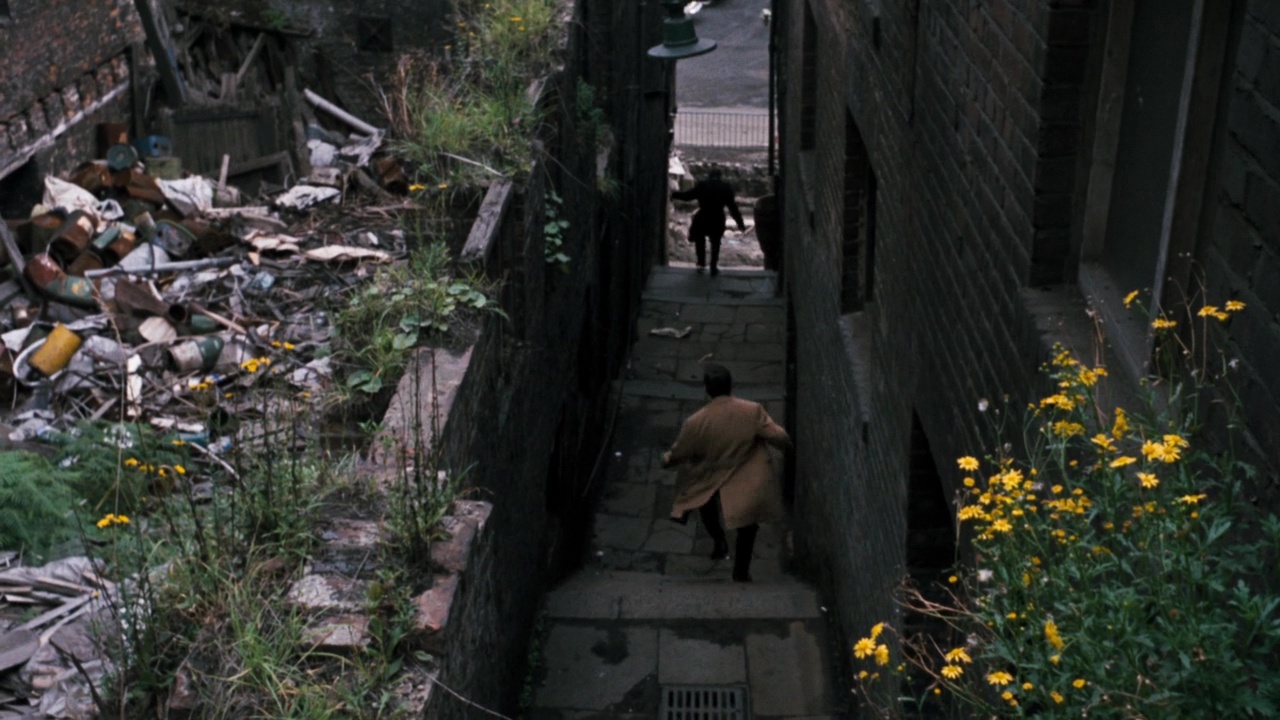 After Carter jumps from the bridge the car catches up with him as he makes his way down The Long Stairs. It’s actually quite geographically accurate as we jump from scene to scene here, giving the chase that extra sense of realism.

The Long Stairs has quite a bit of history in Newcastle. ‘The Cooperage’, one of Newcastle’s oldest buildings sits at the bottom of the stairs. It is an old building with wooden pillars, white exterior and a brown, slightly modern looking entrance. It dates back to the 14th century and was used as a coopers workshop in the 18th century. Today it is a pub. The Long Stairs is one of the cities remaining old ‘chares’ (narrow alleyways) from the 18th century, which survived the Great Fire.1

They are now much cleaned up from their 1970s appearance and still offer a very realistic experience from the film. 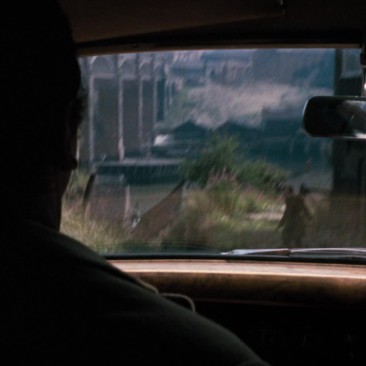 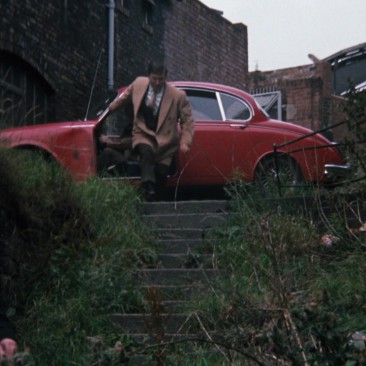 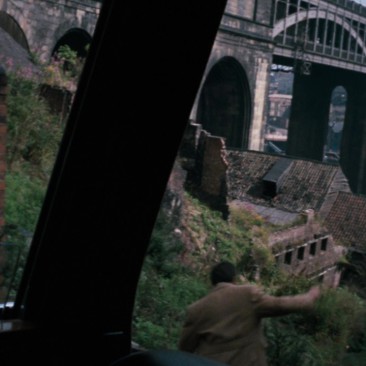 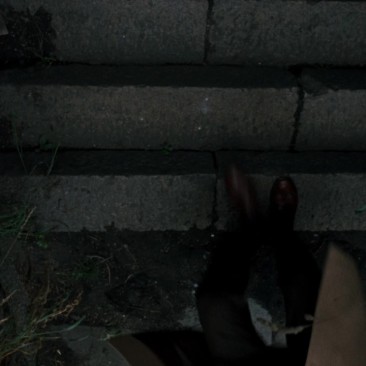 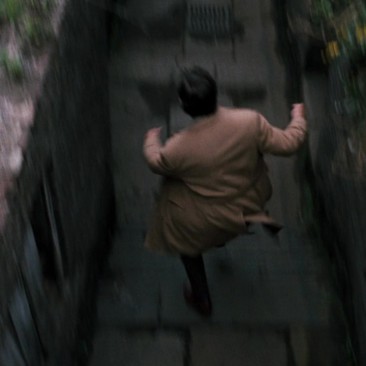 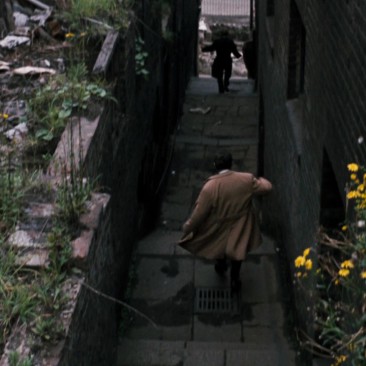 We have an interesting insight into how the scene was filmed from this image: 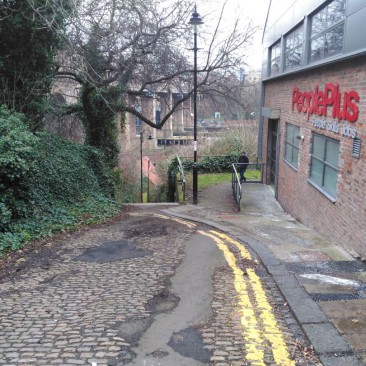 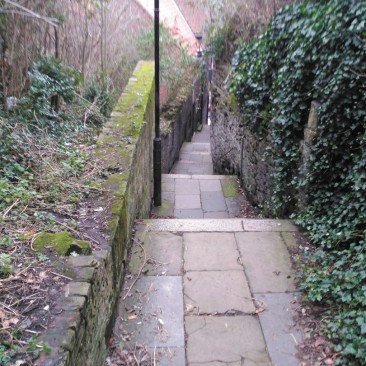 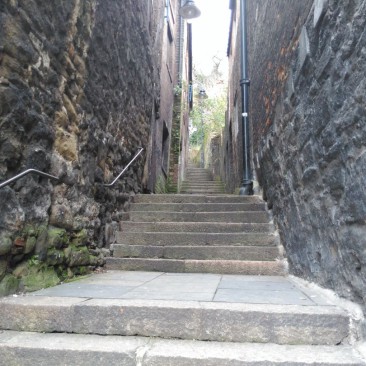 I’ve walked both up and down these stairs and let me tell you, you need to be fit to do it! It’s a lot steeper than it looks so it makes the running down of them in the film even more impressive.