Jack’s brother’s house was located in Benwell, in the West End of the City. Even by the time of filming, the houses around here were starting to begin their demolition, and this is evident in the film as the Land Rover travels up the street. There were a number of streets parallel to each other, and they were named after members of the influential local Buddle and Atkinson families – Gerald, Hugh, Emily, Clara, Joan, Ethel, Frank, Caroline and Maria.1 All pointed down towards the Tyne and overlooked the imposing Dunston Power Station, which was situated on the other side of the river.

Demolition of these roads started in the 1960s and continued through the 1970s. The power station itself was demolished in the 1980s to make way for the Metro Centre. Today, only a few of the roads remain as we know them. The rest have either been built over or retained as paths. 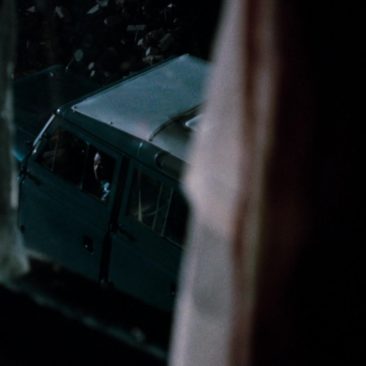 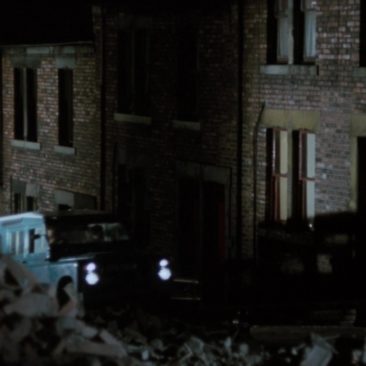 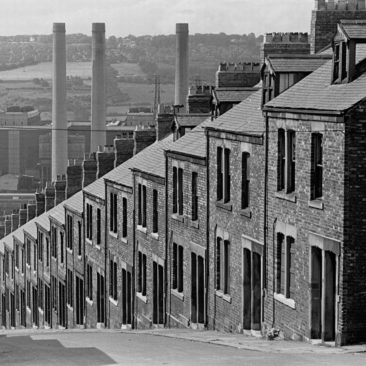 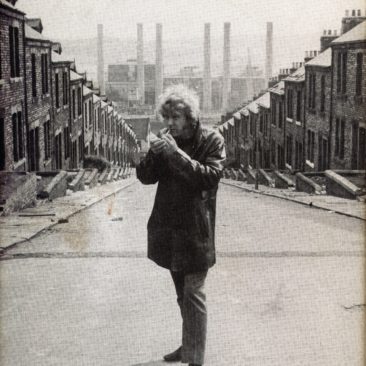 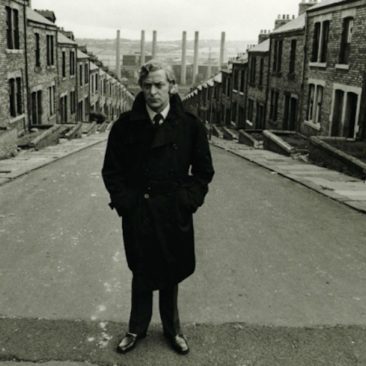 Looking at the 1938 map below (please use the slider below the image to move between ‘Then’ and ‘Now’ images), the closest road that sits in the location now is a newly built road called Inchberry Close. A number (but not all) of the other roads mentioned above are still in situ, though heavily changed from their 1970 appearance. We don’t actually know which house Carter’s brother was located in, but looking at the screengrab above and the map below we can make an educated guess at the middle-upper half (note the visible dead end in the back street scene). 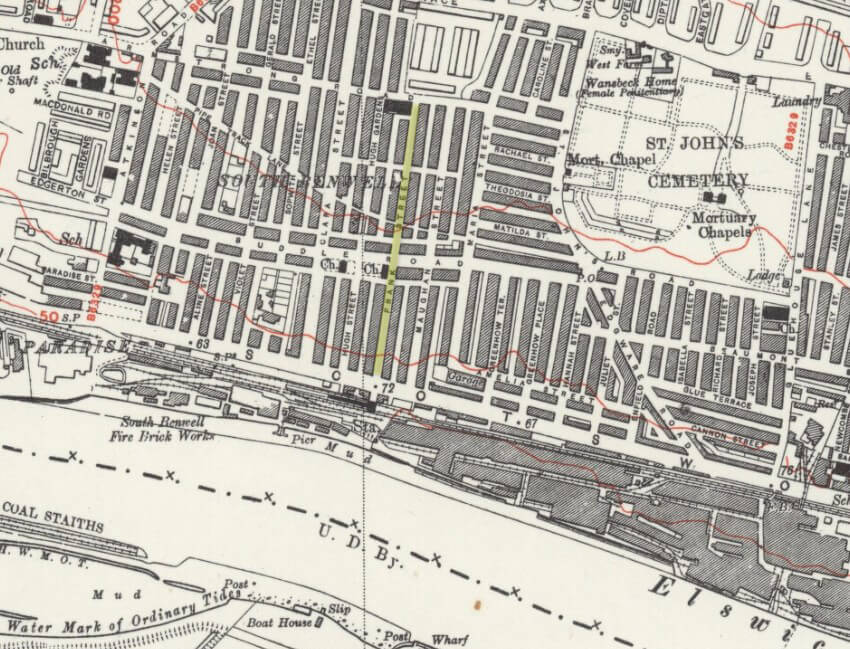 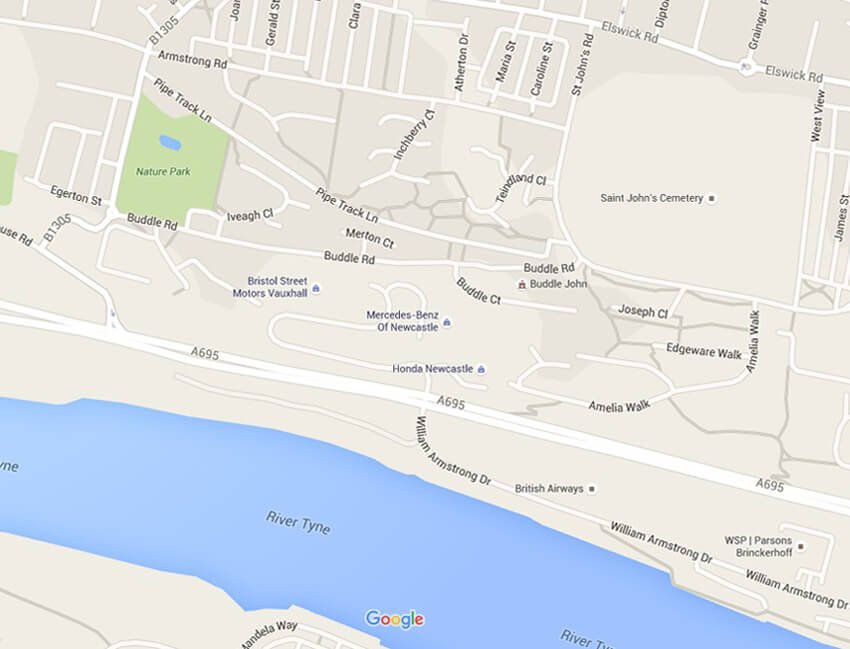 Apparently, the fiercely proud locals were not happy with the funeral cars leaving down the back alley – not a respectful thing to do in those days.

Additionally, as you can see above there are some fairly famous photographs of Ted Lewis and Michael Caine taken at the top of what has always been thought to be Frank Street. Thanks to a reliable source on Facebook, I’m told that these photos were actually taken at the top of Hugh Street (which you can see in the Then and Now map above), as Frank Street didn’t have any front gardens.