Many fans of ‘Get Carter’ will be well aware of Chris Phipps, who has done a lot to promote and research the film history of the Nort East. As you can imagine, a lot of this focusses on ‘Get Carter’ – but did you know there are many other movies and TV shows that have been filmed in and around that area? Chris has recently completed a new book which chronicles this, and he’s been in touch to let us know that he will be running some tours of these iconic filming locations.

The full press release is below….

WALK WITH JACK CARTER! DRINK WITH THE LIKELY LADS! STAND WITH DANIEL BLAKE! 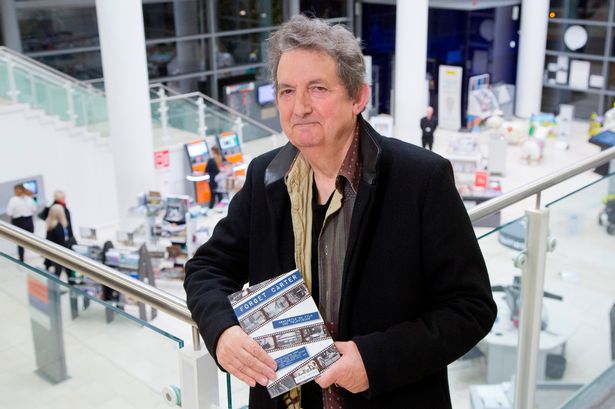 Many people know and associate Newcastle and the region with TV and Film icons Get Carter, Byker Grove, The Tube and Our Friends in the North. However, do you know where Ralph Richardson stole money from in 1939? Where did a den of spies live in Jesmond in 1951? Who met Tommy Lee Jones on the High-Level Bridge in 1988? Where was Gateshead High Street under siege in 2009? and which Newcastle high rise flats seem to appear in every programme or film made in Newcastle?

From his new book, media historian Chris Phipps takes us on his tour of Newcastle’s film and TV locations covering old favourites like Payroll and Auf Wiedersehen Pet and shining light on some hidden gems such as The One and Only, Unconditional and The Clouded Yellow. Newcastle and the region continue to be the perfect film set, visit filming sites for Vera and Transformers: The Black Knight. Forget Carter! What could be next for this photogenic city?