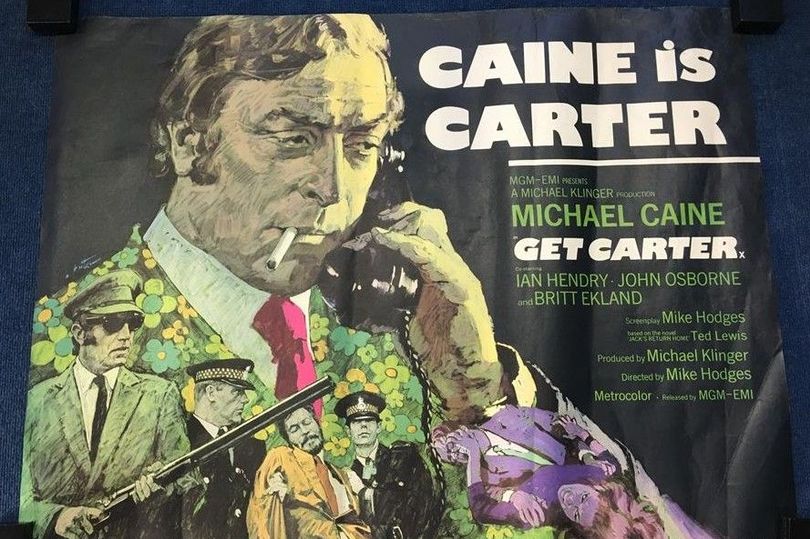 The Newcastle Chronicle has reported that a rare Get Carter poster has sold for a staggering £1,800 at a North East auctioneers.

One of the North East’s best-loved films – Get Carter – marks the 50th anniversary of its release in the New Year.

And there was an early boost to the celebrations when a poster for the film, estimated at £100 to £150 in a sale at Boldon Auction Galleries on South Tyneside, fetched a remarkable £1,800 this week.

“It was a very good result. Get Carter is a cult movie and there is the 50th anniversary coming up,” said auctioneer Giles Hodges.

The poster, as pointed out in the artcile is infamous amongst Get Carter fans as a poster that splits opinion as it features scenes and visuals that don’t exist in the film.

You can find out more about this poster and other worldwide cinema posters in our dedicated section of the website.